LED MR16 lamps last are more efficient, longer-lasting and have a better color rendering than tungsten lamps. They last up to 50,000 hours though they are rated for only 25,000. 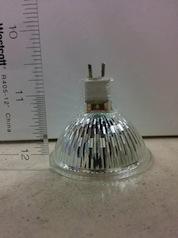 Halogen flood lamps draw a lot of battery power, reduce emergency runtime and only last 2 years. They can easily be replaced with long-life LED bulbs

Yes. Almost any LED bulb will last well over 25,000 hours and longer. Most bulbs will last more than 50,000 hours under the conditions that the fixture is designed for.

Unlike incandescent or compact fluorescent bulbs, which expire in a year or less of constant use, LED bulbs just start to lose intensity after about three years, fading at a slow rate until they go out completely. It is possible that you won’t even be aware of this slow degredation for a long time, or until it reaches the point LED bulb is on its way to burning out.

The only reason LED bulbs are not rated at 50,000 hours is due to Energy Star testing rubric. To acheive a full 50,000 hour test, the bulb manufacturer would have to perform a year-long test for the LED bulbs. Since LED technology is improving daily, a bulb patent would often be outdated by the time the year-long test was completed. Instead, manufacturers perform an expedited 6-month test, resulting in the 25,000 hour rating figure that is often seen.

Rest assured that if you are buying LED bulbs, you will get a lot more than 25,000 hours out of your LED light bulb if installed correctly and placed indoors.