With the flick of an oversized iconic switch, Mayor Leirion Gaylor Baird announced the completion of a year-long citywide effort to replace 27,000 streetlights with LED lighting.

Gaylor Baird said replacing aging streetlights with LED technology is expected to reduce the city's utility budget by 38 per cent, but the benefits go beyond saving taxpayers money.

"We will also see a reduction in maintenance costs due to the long life of LED lighting," the mayor said. "These lights improve safety by providing better visibility for drivers. This project is an important step in our ongoing effort to make Lincoln more sustainable." 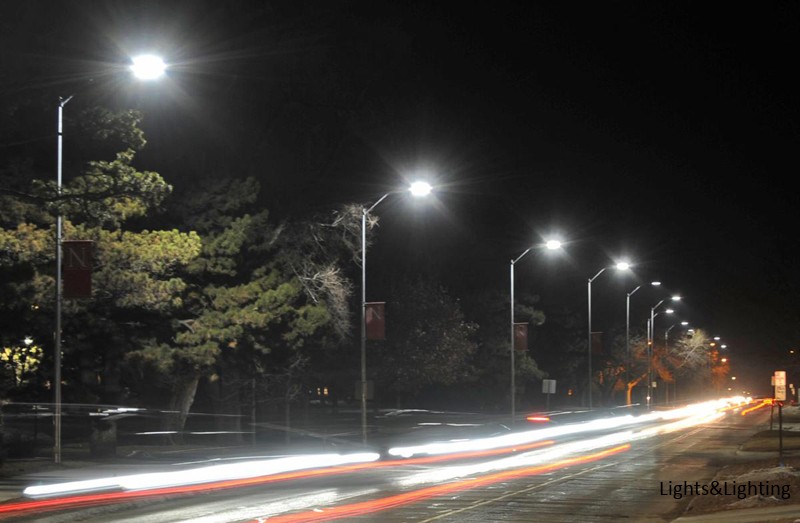 According to city officials, the savings in energy costs and maintenance over the next decade will pay back the city's investment.

The city paid for the programme by borrowing from its cash reserves, and plans to repay the fund at 2.5 per cent interest.

After the installation of LED lights in some neighbourhoods, some residents complained about the brightness of the new bulbs, so staff returned to turn down the brightness.

On main roads, the city installed 4,000 Kelvin LEDs and 3,000 Kelvin lamps in neighbourhoods.

According to project officials, the new lights are expected to last at least 10 years and will likely last 25 years.

Jeff Hlavac, LES transmission and distribution manager, said the lights on the old street lights will last about four years, and the photocells that sense when the lights should come on will need to be replaced every four years.

Schneider Electric, the contractor for the project, estimates that the switch will remove 3 million pounds of carbon from the atmosphere each year, the equivalent of removing 1,200 cars from the road or planting 180,000 trees.